I'm a big Boston Red Sox fan. I played on the Red Sox softball team when I was in fifth grade and that's where it all started. I was taking a look at the Victoria's Secret web site the other day to discover that they are now selling MLB gear! While working at Flip we were dealing with major licensing brands such as the NHL, NBA, and MLB. These licensing contracts are way more complicated then dealing with smaller licensing brands. They require more reporting and stricter rules. So I'm glad VS was able to work this out and offer some cute MLB gear that actually fits women. 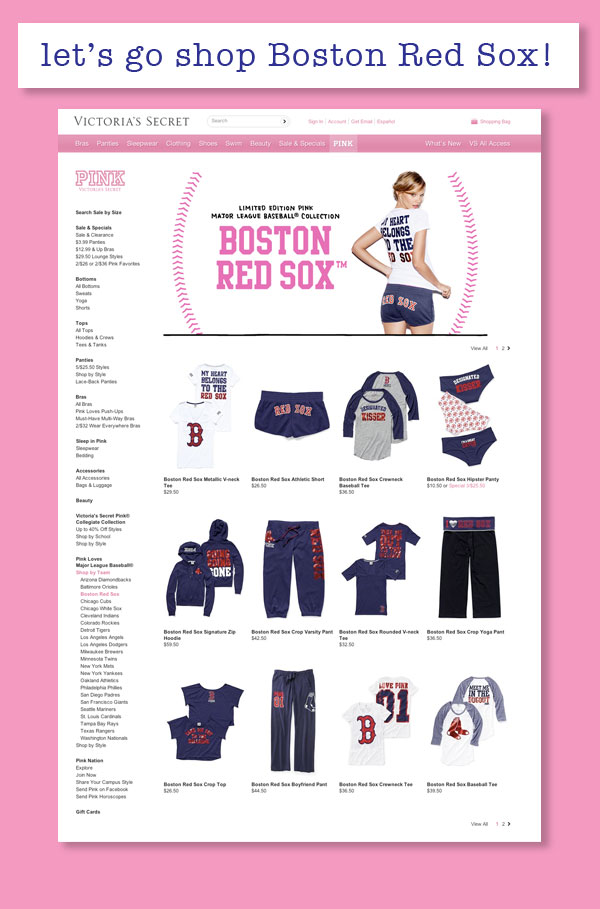 I went to collage in Boston Massachusetts and my love affaire with the Red Sox continued. I went to many games at Fenway Park and lived just down the street. in 2005 I was lucky enough to see the Red Sox win the world series! A few friends and I pounded an entire bottle of Dom Perignon to celebrate. I still watch the Red Sox every time they play the A's in Oakland, CA. Sometimes they play the San Francisco Giants and that is awesome because I live very close to the ball park. I love baseball and VS and when combined it equals a home-run in my book. 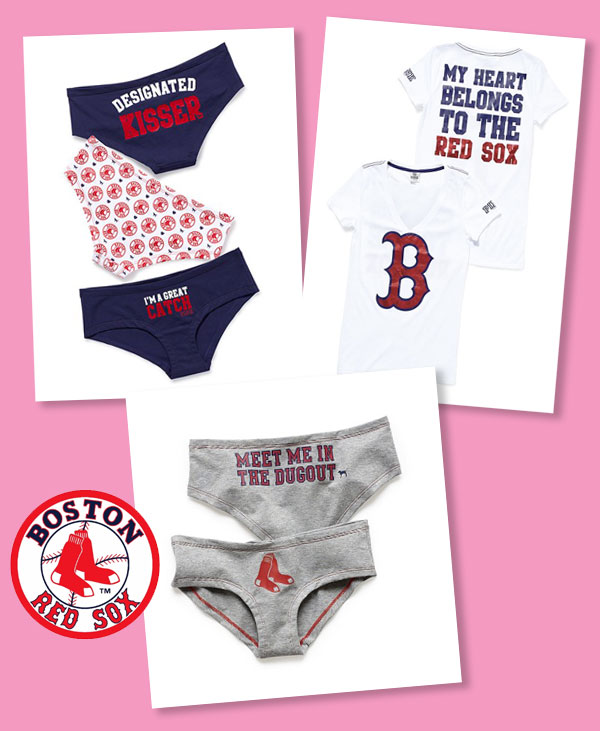 Posted by Alisha Wilson at 8:18 PM

Labels: Shpo 'til You Drop Sundays

Search This Blog for Cool Stuff